Hunger in the world

After a decade of steady decline, the number of people suffering from hunger in the world has been slowly increasing for several years in a row

It is a bad trend, World Food Program boss, David Beasley, said during a press conference at United Nations (UN) headquarters. He warned: Without food security, we will never have peace and stability! Wherever extremist groups have influence, hunger is used by them as a weapon to divide or recruit.

According to the annual report [FAO 2019] published last July by the Food and Agriculture Organization (FAO) of the UN, 821.6 million people were suffering from undernourishment in 2018 against 811 million the previous year. These figures highlight the immense challenge of achieving the Zero Hunger Target, one of 17 global goals that make up the 2030 Agenda for Sustainable Development (http://www.undp.org/content/undp/en/home/sustainable-development-goals.html). This goal is out of reach, said David Beasley, who found it galling that there is more talk in the media of Donald Trump and Brexit than of children who are starving all over the world.

A broader look at the extent of food insecurity, beyond hunger, shows that ~1.3 billion people or 17.2 % of the world population have experienced food insecurity at moderate levels. The FAO defines food insecurity as: a situation that exists when people lack secure access to sufficient amounts of safe and nutritious food for normal growth and development and for an active and healthy life [Napoli et al. 2011]. Even if they do not actually suffer from hunger, food insecure people are at a greater risk of experiencing various forms of malnutrition and poor health. The combination of moderate and severe levels of food insecurity brings the estimate to a total of some 2 billion people.

In Western high-income countries, sizeable portions of the population also lack regular access to nutritious and sufficient food. It is estimated that 8 % of the populations in Northern America and Europe are food insecure, mainly at moderate levels of severity. The hunger will not disappear!

Overweight and obesity are rising in most countries

The report [FAO 2019] also takes a closer look at data on overweight and obesity, a recent and serious public health challenge that affects people of all ages. Obesity (as well as overweight) has reached epidemic proportions globally, contributing to ~4 million deaths every year. Moreover, the increase in the prevalence of obesity between 2000 and 2016 has been faster than that of overweight. No region remains unaffected by the epidemic.

The prevalence of overweight is increasing in all age groups, with particularly steep increases among school-age children and adults. Throughout the world, most school-age children do not eat enough fruit and vegetables, regularly consume fast food and carbonated soft drinks, and are not physically active on a daily basis. Multifaceted, multisectoral approaches are needed to halt and reverse this worrying trend. Policies to protect, promote and support breastfeeding and to increase the availability and affordability a healthy diet ‒ preferably free of chemical contaminants ‒ are required, along with measures to create healthier food environments and limit the consumption of harmful fats, salt and sugars [Trasande 2019].

Low birth weight estimates are also included in this year’s edition of the report [FAO 2019]. Recent global estimates indicate that one in 7 live births, or ~20.5 million babies globally, suffered from low birth weight in 2015. Moreover, evidence shows that no progress has been made in reducing the prevalence of low birth weight since 2012. Hence, it will be extremely difficult to achieve the World Health Assembly global goal of a 30 % reduction in the prevalence of low birth weight infants by 2030. This is a cause for concern, since low birth weight newborns have a higher risk of dying during the first month of life. Moreover, those who survive are more likely to suffer from stunted growth and face increased risk of adult-onset chronic conditions, including obesity and diabetes.

Economic shocks have also prolonged and worsened the impact of conflicts and climate events on acute food insecurity, requiring urgent humanitarian assistance in food crisis countries. In more than half the countries affected by food crises in 2018, the compounding impact of multiple economic shocks worsened the severity of acute food insecurity, affecting ~96 million people. Where inequality is greater, economic slowdowns and downturns have a disproportionate effect on food security and nutrition for lower-income populations.

The report [FAO 2019] calls for action on two fronts. First, safeguarding food security and nutrition through economic and social policies that help counteract the effects of economic slowdowns or downturns. This includes the funding of social safety nets and ensuring universal access to health and education. And, second, tackling existing inequalities at all levels through multisectoral policies that make it possible to more sustainably escape from food insecurity and malnutrition.

Global warming weighs on the agricultural yields and the competitiveness of producing countries, and conflicts, particularly in Africa and in the Middle East, cause severe food shortages. Climate variability as well as climate extremes are key factors in the latest resurgence of hunger and one of the main causes of serious food crises. By 2050, decreases in agricultural production are being forcast in the areas most affected by the rise in climatic hazards, more specifically in vulnerable regions of Africa, Asia and Latin America.

Since hungry people are most often peasants or fishermen living in remote rural areas, a possible solution is to raise their living standard by creating “value chains”. This means producing locally, but especially processing and selling or exporting. Basically, agro-food and logistics investments must be given priority in rural areas. It will also fix populations tempted by migration.

Another proposed option is the fight against food waste. In Africa, a fair proportion of the agricultural or food products are damaged even before reaching a market, because of lack of storage capacity (e.g. freezers and cold rooms) or transport and logistics. Moreover, in order to adapt to climate change, many farmers in southern countries are requiring access to quality seeds. They are resistant to drought and pests and are believed to guarantee rich harvests.

The proponents of agro-ecology believe it is possible to feed a world population of even ~10 billion people. Agricultural production models that are able to adapt to climate change and combat its effects must be developed. Our world needs sophisticated agronomic models that are close to nature. This can be achieved by mixing species to increase plant resistance to pests, lengthening crop rotation times and covering bare soils with plants to fight erosion and store carbon. Such models also include a reduced use of synthetic pesticides [Pussemier & Goeyens 2017]. 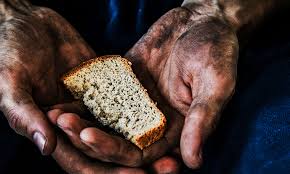 An empty stomach is not a good political adviser (Albert Einstein)!