Much-needed changes will only emerge from strong movements

The letter, headed “There is no climate emergency”, urges Guterres to follow a climate policy based on sound science, realistic economics and genuine concern for those harmed by costly but unnecessary attempts at mitigation “. 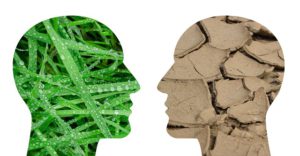 Climate Intelligence (CLINTEL) was founded this year by G. Berkhout and M. Crok. Berkhout began his career at Shell and set up the Delphi Consortium to work on new ways of extracting oil and gas. He was also professor of acoustics, geophysics and innovation management at Delft University of Technology. Crok is a science journalist. CLINTEL receives abundant support from a number of wealthy private financiers in the Netherlands and abroad who, like Berkhout, believe that the established order is focusing too strongly on combating carbon dioxide. Berkhout is not at all convinced that carbon dioxide is the main cause of global warming.

“Sound science”, where have I heard that before?

A document by Philip Morris from 1994 evidences that the tobacco giant used his public relations company Burson Marstellar to organise a front group of “sound science”. It goes without saying that the intention was to enable Philip Morris to influence politicians favorably and to disseminate own information about the health effects of tobacco. Moreover, no effort was spared to hide the involvement of the tobacco industry. Today, it is known that thousands of internal tobacco industry documents released through litigation and whistleblowers reveal the most astonishing systematic corporate deceit of all time [Proctor 2012]. Yet the Big Tobacco approach was only one example among many that adopted the same strategy. The term “sound science” hits the nail on the head; it has now become clear that creating doubt and uncertainty can generate unjustified and unjustifiable sources of revenue [Oreskes and Conway 2010]!

We often have a distorted picture of scientific work and research. We are inclined to believe that science creates absolute certainties, absolute truth. In other words, when there is no certainty, we think science is mistaken or at the very least, incomplete. It is important to remember the definition of truth offered by the French biologist and humanist, J. Rostand (1894 – 1977). He believed in the modest, scientific truth, the fragmentary, provisional truth that is constantly being revised and improved. He never accepted a total and definitive truth, a dogmatic and absolute truth that generates many forms of sectarianism and fanaticism [Rostand 1963].

Science does not provide us with absolute certainties, it provides us with the best consensus of experts (experts in the plural).

According to the third scientific report published by the Intergovernmental Panel on Climate Change [IPCC 2019] over the past 12 months, water levels are rising, the ice is melting, and species are abandoning their habitats because of human activities. Moreover, the loss of permanently frozen lands threatens to unleash even more carbon and accelerate the decline of our planet. There is, however, some guarded hope that the worst impacts can be avoided, if drastic cuts in carbon emissions are made without further delay.

Global warming has already reached 1 C above the pre-industrial level and there is overwhelming evidence that this is resulting in far-reaching consequences for ecosystems as well as for people. The ocean is now warmer, more acidic and less productive. Melting glaciers and ice sheets are causing rises in ocean levels, and extreme coastal events are becoming more severe. The report provides new evidence for the benefits of limiting global warming to the lowest possible level – in line with the goal that governments set themselves in the 2015 Paris Agreement. Urgently reducing greenhouse gas emissions limits the scale of ocean and cryosphere changes. Additionally, ecosystems and the livelihoods that depend on them can be preserved. However, even if there is a sharp reduction in emissions, the consequences for people and their livelihoods will still be challenging, but they will be potentially more manageable for those who are most vulnerable [IPCC 2019].

Five chief concerns are particularly striking. First, major changes in high mountains affect downstream communities, since people in mountain regions are increasingly exposed to hazards and changes in water availability. Secondly, the volumes of glaciers and ice sheets in polar and mountain regions are decreasing, and this contributes to an increasing rate of sea level rise, together with an expansion of the warmer ocean. Thirdly, the sea level has already risen by about 15 to 20 cm during the 20th century. Sea level rise increases the frequency of extreme coastal events, which occur for example during high tides and intense storms. Indications are that with any degree of additional warming, events that occurred once per century in the past will occur every year by mid-century in many regions. And, fourth, warming and changes in ocean chemistry are already disrupting species throughout the ocean food web, with impacts on marine ecosystems and people that depend on them. Finally, permafrost ground that has been frozen for many years is warming and widespread permafrost thaw is projected to occur in the 21st century. Even if global warming is limited to well below 2 C, around 25 % of the near-surface (3 to 4 meters depth) permafrost will thaw by 2100. If greenhouse gas emissions continue to increase strongly, there is potentially the risk that around 70 % near-surface permafrost could be lost.

The global change issue in a nutshell

Global warming is about an overall increase in the amount of energy, caused by an increase in heat-trapping greenhouse gases. Talking about a few degrees of average temperature increase does not sound like much. Imagine, however, a glass of water and a few ice cubes in a refrigerator whose temperature is set right at the freezing point of water. The mixture of ice and water will remain unchanged; but if the temperature is raised by even 1 degree, the ice cubes will start to melt. Everything was in balance at 0 C, but at the slightly warmer temperature there will be only water left and no ice, much like what is happening right now with sea ice and mountain glaciers. Hence, coastal communities worldwide must prepare themselves for much more difficult futures than may be currently anticipated. Sea-level rise this century may induce large-scale migration away from unprotected coastlines, redistributing population density across countries and putting great pressure on inland areas [Kulp & Strauss 2019]. Will Ostend sink below sea level?

Also, the Intergovernmental Science-Policy Platform on Biodiversity and Ecosystem Services presented an ominous picture: The health of ecosystems on which we and all other species depend is deteriorating more rapidly than ever. We are eroding the very foundations of our economies, livelihoods, food security, health and quality of life worldwide [IPBES 2019]. This report – the full report is still to be published – finds that around 1 million animal and plant species are now threatened with extinction, many within decades. It never happened that fast in human history. Is this extinction or is it extermination [Sparrow 2019]?

Finally, there can be no doubt that global change – in the concept’s widest sense – affects social life, economy, and public health. With steadily increasing rates of obesity, diabetes, ADHD, autism and infertility it is impossible to ignore the link between chemical contaminants and disease [Goeyens 2019; Trasande 2019].

Anyone who says there is nothing to be afraid of?

But acknowledging climate change involves accepting certain facts. Being concerned about climate change, on the other hand, involves connecting these facts to values; it involves building bridges between the science of climate change and peoples’ various causes, commitments and convictions [Hall 2019].

Has outright science denial been replaced by efforts to reframe climate change as natural and climate action as unwarranted?

Clearly, the language of climate change denial and inaction is no longer the same as it used to be. We now face just another way of rejecting the facts and their implications for us. Denial can take many forms [Walker & Leviston 2019]. As the sociologist S. Cohen [2001] noted in his classic study, there is an important distinction between denial that is personal and psychological, and denial that is institutional and organised. The former involves people who deny the facts to themselves; the latter involves the denial of facts to others, even when these “merchants of doubt” know the truth very well [Oreskes & Conway 2010].

The first form of denial is literal denial. It is the simple, conscious, outright rejection that something happened or is happening. That is paramount to lying! Most worrying and insidious is the social organisation of literal climate change denial. There is indeed remarkably abundant evidence of clandestine, orchestrated lying by vested interests in industry [Cook 2019].

The second form of denial is interpretive denial: people do not challenge the facts, but interpret them in ways that distort their meaning or importance. For example, climate change can be seen as just a natural fluctuation and greenhouse gas accumulation as a consequence, not as a cause, of rising temperatures.

The third and most insidious form is implicatory denial. The facts of climate change are not denied, nor are they interpreted to be something else. What is denied or minimised is the psychological, political, and moral implications of the facts for us. We fail to accept responsibility for responding; we fail to act when the information says we should!

How can decision makers say they are fed up with climate critics when it is they who should be fighting to preserve the environment?

It is often said that necessity is the mother of invention

When in history did a radical overhaul of global economy and society happened through worldwide consensus?

Now polar ice is melting faster than predicted, forests are burning like never before and extreme weather records are being smashed. This year, a team of serious scholars estimated a one‑in‑20 chance of a sea-level rise of 2 metres by 2100. Carbon dioxide levels are the highest they’ve been in human history. Already, there is widespread suffering, including tragic losses of human life and biodiversity, with poorer and marginalized communities the worst affected. Climate emergency is now widely recognised [Gilding 2019]. So welcome to Armageddon; or shall we throw all the technology we have into the battle?

The terrifying prospect of what lies ahead may be the best motivation we have to encourage us to join forces and face the daunting challenge together. Humans are usually slow to react, but when faced with the prospect of their own extinction, their readiness to sacrifice what they have, to contribute to a common cause, and to accept the principle of drastic government intervention can be quite remarkable.

Which is why Gilding [2019] welcomes a declaration of climate emergency as an impetus for change, along with social movements and teenage activists’ school strikes. Though he cannot of course accept the burning of the Amazon forest, the melting of the ice caps or the devastating impacts already affecting too many people around the globe he believes fear of what may happen if no action  is taken, may trigger a world-wide response.

So let us all take a deep breath and join the emergency mobilisation!

IPCC [2019]. The Ocean and Cryosphere in a Changing Climate,

Proctor [2012]. Golden Holocaust: Origins of the Cigarette Catastrophe and the Case for Abolition, University of California Press, pp. 737

Rather et al. [2017]. The Sources of Chemical Contaminants in Food and Their Health Implications, Frontiers in pharmacology 8, 830, pp. 8

Trasande [2019]. Sicker, Fatter, Poorer: The Urgent Threat of Hormone-Disrupting Chemicals to Our Health and Future . . . and What We Can Do About It, Houghton Mifflin Harcourt, pp. 211

Walker & Leviston [2019]. There are three types of climate change denier, and most of us are at least one, The Conversation, pp. 4