A really fascinating note at the forefront of the scientific news on October 4: Scientists call for “Noah’s Ark” of human microbes to prevent growing global health crisis. We owe future generations the microbes that colonised our ancestors for at least 200000 years of human evolution [https://www.independent.co.uk/] 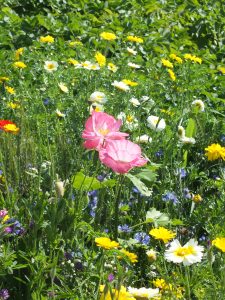 Are we losing this ?

The most extraordinary feature of life is its diversity. In the Anthropocene era, the present era, during which human activities are exerting ever increasing impacts on the environment and in many ways outcompeting the natural processes, environmental sustainability became our biggest issue [Crutzen 2006]. Moreover, human activities are now significant geological forces, for instance through changes in land use, deforestation and fossil fuel burning. Therefore, it is justified to assign the term “anthropocene” to the current geological epoch.

Increasing populations along with tremendous escalations in anthropogenic activities have raised questions about the sustainability of the natural resources. Today, no part of the Earth is untouched by the effect of human activities. Global pollution is among the greatest threats to life and well-being. Ever increasing human populations and inherent increases in consumption per capita have put great constraint on the natural resources. Additionally, urbanization, industrialization, and intensive agricultural practices have polluted our water resources, air and soil all around the globe. The natural resources are overexploited and, even worse, they become contaminated with toxic chemicals, making the survival of future generations more difficult.

Animals and plants are being wiped out faster and faster. According to recent estimates, the Earth is going through one of the biggest biodiversity loss phases, the impact of which is unforeseen. The diversity of life on Earth is dramatically affected by human alterations of ecosystems; and there is compelling evidence that the reverse is also true. Biodiversity in the broad sense[1] affects the properties of ecosystems and, therefore, the assets that humans obtain from them. Moreover, biodiversity has always been an integral part of the human experience, and this is why there are many moral reasons for a careful and intelligent use.

What has been less recognized is that biodiversity also influences human well-being, including the access to water and basic resources for a satisfactory life, and security in the face of global change. Ecosystem processes are at the basis of the Earth’s most vital life support systems [Diaz et al. 2006]. Here lies the nub of the problem: the human-caused rate of extinction of species at present is hundreds of times higher than the natural rate in the past and could well be thousands of times higher in a near future [Arora 2018].

In addition to all the above, there could be another tragic extinction crisis under way, in the human guts and skins. Dominguez-Bello et al. [2018] warn that humanity faces a serious health crisis as many of the beneficial microbes that inhabit people’s bodies are being eradicated. Overuse of antibiotics and excess consumption of processed food products – typical ailments of our contemporary society – are dangerous habits.

Looking for the healthy microbiome. In 2008, a team of doctors and scientists ventured deep within the Venezuelan jungle and characterized the fecal, oral, and skin bacterial microbiome[2] and resistome[3] of members of an isolated Yanomami Amerindian village with no documented previous contact with Western people [Clemente et al. 2015]. An exceptional opportunity for Maria Gloria Dominguez-Bello, a microbiologist at the New York University department of Medicine. She was born in Venezuela and has been working in the Amazon for more than 20 years. Her research focuses primarily on the human microbiome, the hundreds of trillions of bacteria and other microbes that colonize our bodies and outnumber our own cells by a factor of ~10.

Yes, we aren’t just single individuals walking on the Earth, we are walking ecosystems!

The microbiome has emerged as one of the hottest areas of biomedical research. Dominguez-Bello’s team investigates microbiome development from birth, functions for the host, impact by practices that reduce microbial transmission or disrupt the microbiota, and strategies for restoration. They also study how Westernization changes environmental microbes and human exposures, integrating the fields of anthropology and architecture/urban studies into microbial ecology. A holistic understanding of the role of the Earth’s microbial community and its genome – its microbiome – in the biosphere and in human health is key to meeting many of the challenges that face humanity in the 21th century [Dubilier et al. 2015].

We know microorganisms digest the food we eat and provide us with valuable nutrients, they prevent the growth of harmful microbes and regulate our immune systems, they influence our risk of obesity and other health problems, and they determine how effectively we process the medicines we take. If we are to truly understand our health, we need to understand our microbes, especially since they are under assault from numerous foibles of our modern way of life. Fatty, calorific diets dramatically change the communities of microbes in our guts. Antibiotics kill them as readily as they kill harmful bugs. Then the question arises whether the current microbiome composition is still suitable for dealing with all the “modern” challenges. And if that were not the case, it is necessary to check what the most appropriate microbiome composition should look like.

That is why the Yanonami Amerindian people are so important. Investigating the natives of the Venezuelan jungle at least offers a glimpse at those microbiomes, that are beyond the influence of mainstream civilization. It is no surprise at all that the results of the investigation [Clemente et al. 2015] suggested that westernization has significantly affected human microbiome diversity. These Yanomami harbor a microbiome with the highest diversity of bacteria and genetic functions ever reported in a human group. Despite their isolation, presumably for ~11000 years since their ancestors arrived in South America, and no known exposure to antibiotics, they harbor bacteria that carry functional antibiotic resistance (AR) genes, including those that confer resistance to synthetic antibiotics and are syntenic with mobilization elements. These results suggest that westernization significantly affects human microbiome diversity and that functional AR genes appear to be a feature of the human microbiome even in the absence of exposure to commercial antibiotics. AR genes are likely poised for mobilization and enrichment upon exposure to pharmacological levels of antibiotics. The latter findings emphasize the need for an extensive characterization of the function of the microbiome and resistome in remote nonwesternized populations before globalization of modern practices affects potentially beneficial bacteria harbored in the human body.

An unprecedented, ambitious plan to deal with a problem of similar scale to climate change. The rates of diseases such as diabetes, asthma and allergies have spiralled, and many researchers have suggested that the increased occurrence is due to significant losses in our microbiota. Human evolution and lifestyle changes, caused by both the agricultural and industrial revolutions, led to great advances in medicine and increased our life expectancy. But at the same time they also profoundly altered the ecological relationships and disease patterns of the populations [Valle Gottlieb et al. 2017]. Studies involving populations, that still enjoy a rural way of life and with traits similar to the Paleolithic period, show that their gut microbiota are more robust, resistant and diverse in comparison to those of highly industrialized civilizations. The human diet has expanded and broadened to include the consumption of high-calorie foods, particularly from animal sources. For some time, authors have been alert to the fact that modern lifestyle and eating habits lead to reduced intake of beneficial bacteria. This suggests that nonpathogenic, beneficial bacteria are being eradicated by our currently predominant consumption of processed foods and use of antibiotics.

Dominguez-Bello et al. [2018] delivered a very ambitious paper to solve this problem. They plan to capture and preserve the diversity of the human microbiota – they plan to build a Noah’s Ark for the survival of germs – collected from people living in untouched, remote corners of the world, who have not been impacted by modern society and/or processed foods.

In recent years, the human gut microbiota have emerged as a primary target area for health monitoring and modulation [Cho & Blaser 2012; Lozupone et al. 2012]. Alterations in the gut microbiota have been linked repeatedly to pathological states such as infections, autoimmune disorders, inflammatory bowel diseases and cancer. Researchers now believe that it will ultimately be possible to prevent diseases by reintroducing lost microbes [Vandeputte et al. 2017]. However, for this to happen humanity’s ancestral microbial heritage must be preserved. Dominguez-Bello et al. [2018] suggest the best way to achieve this objective is to collect beneficial microbes of populations from remote Latin American and African areas. Those microbes co-evolved with humans over tens or hundreds of millennia. They can help us digest our foods, strengthen our immune systems and protect us against invading germs, infections or allergic reactions.

Over a handful of generations, we have seen a staggering loss in microbial diversity and a simultaneous worldwide increase in immune and other disorders. For that matter, we observe that so-called biobanking initiatives are springing up in research institutions around the world. So far, most of them have only focused on samples from industrialised nations. However, it is of equal or even greater importance that non-industrialized nations are sampled also.

The international effort to preserve a greater diversity of microbiota will require enormous investments, but the rewards will make the effort worthwile. Dominguez-Bello et al. [2018] conclude that we owe future generations the microbes, that colonised our ancestors for ~200000 years of human evolution. And we must begin before it is too late. It is highly urgent that we improve the ecosystems we live in; and at the same time we need to improve the ecosystems that live in us.

Davis [2018]. The human microbiome: why our microbes could be key to our health, The Guardian, March 26, https://www.theguardian.com/news/2018/mar/26/the-human-microbiome-why-our-microbes-could-be-key-to-our-health

[1] Biodiversity in the broad sense is the number, abundance, composition, spatial distribution, and interactions of genotypes, populations, species, functional types and traits, and landscape units in a given system [Diaz et al. 2006].

[2] Human bodies harbour a huge array of micro-organisms. While bacteria are the biggest players, they also host single-celled organisms known as archaea, as well as fungi, viruses and other microbes. Together these are dubbed the human microbiota. Our body’s microbiome is all the genes these microbiota contains [Davis 2018].